What better way to jump back into blogging than with our proposal story!? I know it’s been a while but there have been lots of things going on. Including a huge change in direction for Little Goldfish. Another post will come about that soon. I’m not putting any pressure on myself though. Life with a toddler is unpredictable. But for now, let’s get into the good stuff – our proposal story!

Long story short: Alex and I met on RSVP. That’s right, we’re ancient. Tinder didn’t exist when we were on the market. We had to pay to use a dating website. Turned out to be a pretty good investment though. Our very first meeting almost didn’t happen though as I copied Alex’s phone number down incorrectly.
I used to have his number in my phone but deleted it because I went on a delete-numbers-without-a-last-name spree. That Easter Saturday night in 2010 I had to get it again. We set the details of the meet and I was to text him when I arrived/was close by, as the location was only a few minutes drive from his place. I was texting for a good hour and was getting a bit sad thinking that this guy had gotten cold feet or was just an arsehole when all of a sudden I get a message, “Hollie, I’m a bit worried, I haven’t heard from you.” I smiled and sighed a huge sigh of relief, told him of my foolish ways in copying his number down incorrectly. His response: “Holy fick. I’ll be there in five minutes.” And yes, that is a typo, but not on my part. That’s actually Alex’s late-night typo from 3 April 2010.
True to his word, he turned up minutes after. And as corny as it sounds, as soon as he approached my car, nervously with his hands in his pockets, I knew that this was the guy I wanted to spend the rest of my life with. Like I said, corny as hell.

We spent hours talking. I had absolutely no intention of anything happening but the universe had other ideas. I misjudged the distance between us on the seat. Instead of resting my head on the park bench at Alex’s crossed ankles, my head landed on top of his ankles. I froze. Shit. What do I do!? If I move, he’ll think I’m not interested (see above). If I stay, he’ll think I’m promiscuous (not the case). Alex seemed to pick up on my state of utter shock. He entwined his hands in mine, leant forward, and kissed me. Our first kiss was a Spiderman kiss. And the rest, as they say, is history. 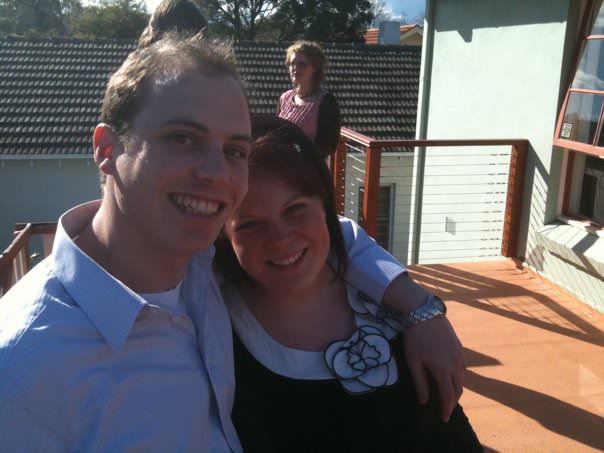 …and I knew that a proposal was afoot. Alex foolishly said that by the end of 2013, we’d be engaged, and of course, when that didn’t happen, I was heartbroken and didn’t think it was ever going to happen. One day I was at work (experience) checking our bank balance. I had a massive strike of anxiety when I saw a whole bunch of money was suddenly gone out of our account. We were both full-time students, so penny watching was something we were good at. I called Alex in a tizz, but he assured me everything was okay. I didn’t think anything of it for a while, and then the penny dropped. Jeez, Louise! I was so bloody excited. Of course, he was too, and when I was silly enough to ask him, he couldn’t stop grinning like a fool. And then one evening when his mum was over and asked him to come out to the car because she had a parcel for him, OH. EM. GEE. He walked back up the driveway directly to our neighbour and had our neighbour look after it. Thank God that Sean was an awesome neighbour and keeper of the ring.

…we got a phone call from our friend Vinnie. Vinnie is quite the amateur photographer. He was calling to ask us to be a part of his next photography club project – couples. Vinnie wanted us to be his young couple in love. He asked if we were available on Saturday or Sunday, and Alex said, “Let’s not do it Saturday, it won’t look very good.” I couldn’t figure out why it wouldn’t look good if we went to his uncle’s 60th birthday party after helping a friend with a photo shoot, but whatever. Sunday morning it was. We had to bring books and a ring and ring box that could be used for a mock proposal. And just to dress as ourselves, nothing too fancy. Of course, I took the opportunity of doing my hair and makeup because heck, we were getting our picture taken!

We left Alex’s uncle’s birthday celebrations early on Saturday night because we had to be up early the next morning. I set my hair when we got home, and off we went to sleep. Sunday morning was a bit of a rush, but Alex was all excited – y’know, the bouncing in his seat kind of excited. I just thought it was because we were going to see Vinnie, whom we’d not seen for a little while. I called or text Vinnie to tell him that we were running slightly late but as it turns out, we were there right on time. Perks of living close to the shoot locale.

We started in the rose garden at St Kilda Botanical Gardens and finished at the main entrance to the garden. I’ll let the pictures tell the story. 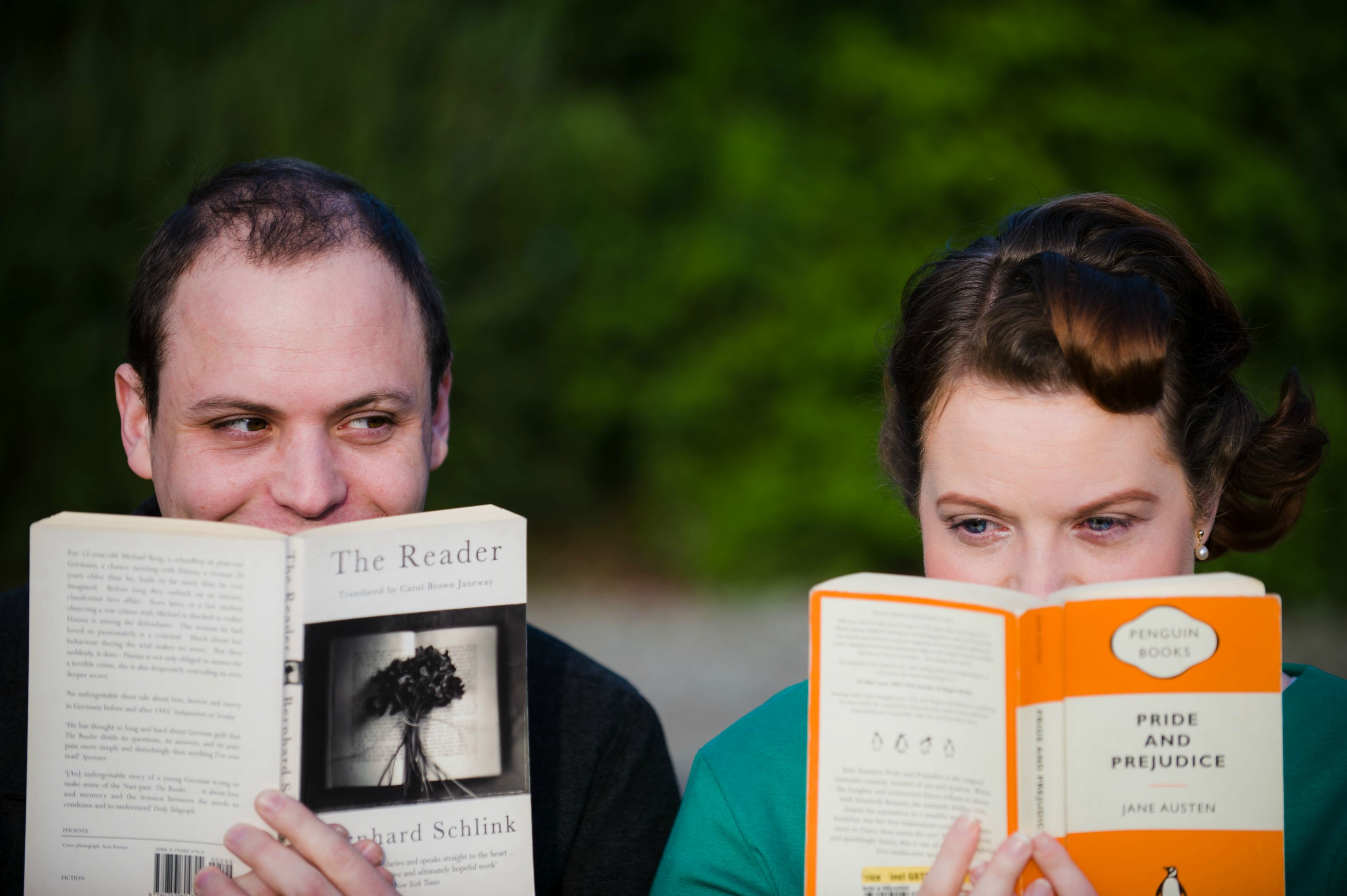 Now, I hear you. You want to know how he managed to swap the rings in the middle of the shoot. Enter my skin allergies. I have some pretty awful allergies to makeup and skin care products, no matter the type of product: natural, cheap, expensive, in between.

In the fake proposal from Alex’s perspective image, I’m fighting back tears of pain. I wanted to scratch my eyeballs out. I called a break so I could scratch them out. Well, y’know, not really. But I did need to cool my eyes down. Alex and Vinnie couldn’t believe their luck when I turned my back to them. Alex successfully switched the rings (without dropping them into the pond beside him, might I add!) before I turned back around.

When I turned back around, I was laughing at him because I couldn’t understand why he closed the ring box. Ha!

So, there you go. Four years ago today we got engaged. And we had the whole day to bask in the glory because we got engaged in the morning. It was pretty freaking awesome. And what kind of woman would I be if I hadn’t already had a secret Pinterest wedding board!? hahaha. Now I was able to Pin publicly.

We planned our wedding in less than 12 months. And yeah, I still need to finish the third instalment in that series. Better late than never, right!?

Did you or your partner put a lot of effort into a proposal? Maybe it was a low-key affair. Either way, I’d love to know if you’d love to share! 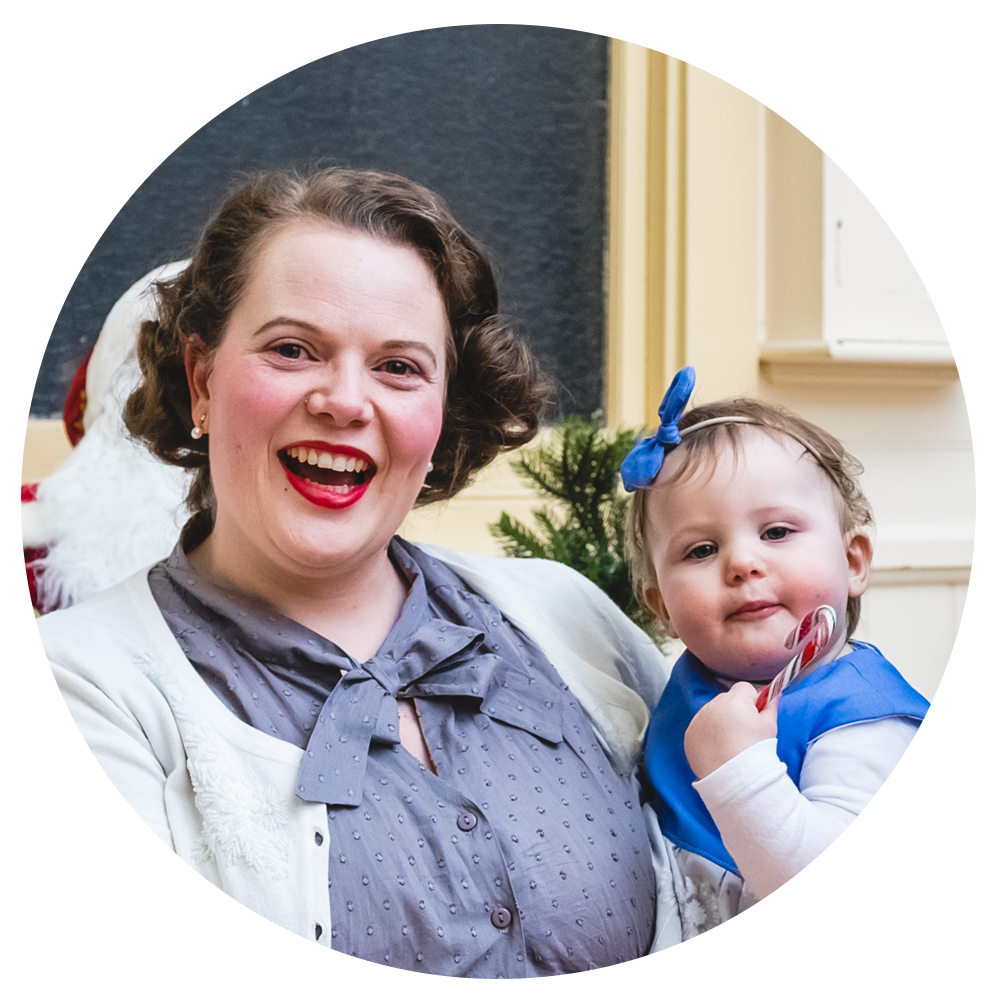 Hi there, I'm Hollie! Thanks for dropping in. I'm a designer, researcher's wife, mum, lover of weddings, and lots more.